After Wall Street’s worst year in more than a decade, investors approaching December and the year ahead probably want to know if things will get worse before they improve.

It’s never a good idea to predict too far into the future. After all, few would have thought in late 2019 that a pandemic would soon lead to lockdowns, millions of tragic deaths, and financial and societal upheaval.

Still, as a long-term investor, getting ready for the new year isn’t a bad idea. Though there’s probably things you’d rather do before looking at your portfolio balance, the coming holidays could be a chance to review how you are managing your expenses and whether or not changes need to be made in your investment portfolio as a result of expenses or changed goals. Some questions to consider are:

• Have increased expenses reduced your emergency savings? You still need at least 3 months of savings set aside.
• Are you living pay check to pay check?
• Should you revisit rates on debt to consolidate or transfer? Rates on credit cards are higher now.
• Do you need to adjust your risk in your investment portfolios (including employer retirement accounts) considering the need of income from your portfolio?
• Are you comfortable with current allocations or should they be changed to reflect market shifts?
• Has your personal or investing goals changed since you last wrote them down?

Of course, it would help to know what you and Wall Street might face over the next 13 months. The markets go up and down, and bear markets happen. No one can avoid losing years, but don’t let this year’s market performance stop you from planning.

Surprisingly—barring any major unforeseen geopolitical or market events— 2023 might (operative word – the jury is still out) bring slightly less uncertainty than the recent past. Volatility dropped sharply over the last month, reflecting a bit of uncertainty getting squeezed out as certain pressing questions got answered.

Knowledge Up, Uncertainty Down
To that point, consider how much we know now versus a year ago.

Heading into 2022, there was incredible uncertainty about everything from midterm U.S. elections to COVID-19 to whether the U.S. Federal Reserve would hike rates and if so, when. The stock market was near all-time highs. Several years of rock-bottom interest rates around the globe and huge fiscal stimulus made investing attractive. This is true going back to 2012 as shown below:

Fed Policy, Part 1: Hard to believe, but the Fed’s benchmark interest rate a year ago was essentially zero.
• Today, the benchmark rate rests between 3.75% and 4% after four consecutive .75 basis point rate hikes in an effort to counter the worst inflation in four decades. We hope we are nearing the end of such hikes, but it’s not certain exactly how high or for how long they will continue. The market is coalescing around a terminal, or peak, rate slightly above 5% by next summer. Like my wife says, “we’ll see.”
• In our opinion, the Fed needs to be a bit more dovish on hikes allowing the markets time to digest the changes. Keep in mind, the impact of a rate hike is very hard to determine early on. This is what we call a lagging indicator. We’re already seeing higher consumer credit card debt, a significant rise in paycheck to paycheck living amongst middle class households and significantly lower savings balances. Though the prior may be true, it is expected the Fed will continue with rate hikes in their effort to control inflation. So this could be a long journey.

Ukraine: The Wall Street Journal reported that the Organization for Economic Cooperation and Development announced the prediction that the Ukraine war could cost the global economy a staggering $2.8 trillion by the end of 2023. This is because the conflict has caused a spike in energy prices, food shortages, as well as disruptions in supply chains.
• Also from January 2022 until March of 2022, crude oil prices rose 38% globally! Due to a number of countries placing sanctions on Russia in response to its invasion of Ukraine, demand has led to a significant increase in prices. This in turn has led to European countries wanting energy independence from Russia, which by default welcomes price increases and inflation consequences.

China and COVID-19: We’ve come a long way addressing the pandemic, though China’s lockdowns continue to play havoc.
• At home, we can’t discount chances of higher caseloads or new variants this winter, but massive global lockdowns appear to be history.
• However, inflation in many countries is running at 40-year highs, in large part due to soaring energy prices, as the war in Ukraine and China’s “zero COVID” policies disrupt supply chains.
• Moreover, China poses a set of growing challenges to our national security in their quest to fuse economic and technology policies with their military objectives. As a result, the Biden Administration has passed the Chips Act which aims to prevent the sale of advanced technology and higher end semiconductors to China. Will this work? Too soon to answer. But given the change, one can expect in the short-term, supply disruptions as manufacturers move production away from China.

What Looms Ahead in 2023?
Knowing all this sets a base, even if it doesn’t settle every question. Here are things to watch as December ticks down:

Fed Policy, Part 2: The market prices in 70% chances of a 50-basis-point rate hike at the next Federal Open Market Committee (FOMC) on December 13-14, according to the FedWatch Tool.
• Before the Fed’s next meeting, we’ll have another round of inflation and jobs data to consider.
• Investors will no doubt watch this closely and it could have an impact on the Fed’s December and future rate decisions.
• Another thing to keep in mind is a possible U.S. rail strike as soon as December 9 that could put supply chains back in chaos in the coming year.

Continuing Recession Fears: Aside from Fed policy, the biggest question facing investors in 2023 is whether there’ll be a U.S. recession.
• Maybe it’s better to ask if we’re already in one, since recessions usually aren’t recognized until after they start. The housing market has been very soft lately, often a sign of wider problems in the economy.
• As of late November, the job market remains strong, a major argument against recession. However, a host of large companies, especially in the info tech sector, recently announced layoffs. We’ll see if those job losses start to show up in the data.

Incoming Job Data: The Fed has specifically said it’s trying to cool the labor market, but some fear that could trigger a recession.
• If so, investors may have to rethink current expectations for 2023 corporate earnings growth.
• Recessions often cause double-digit overall annual earnings losses. We’ll get a better idea in January during Q4 earnings season whether Wall Street needs to tone down full-year earnings projections.
• If earnings estimates start to drop, it may make major stock indexes look overvalued. This is what happened in January of 2022. Analyst did not drop fast enough their expectations resulting in sharp declines in valuations. In a worst-case scenario, such as a severe recession, earnings could slide by double-digits. That would likely send stocks sharply lower.
• However, if earnings stabilize near current levels, it could indicate that the stock market may not have much downside left.

Shoppers and Sentiment: Consumer spending forms about 70% of the U.S. economy, and despite modestly good sales increases in stores over the Thanksgiving holiday, strong shopper sentiment going into 2023 could be question mark. Here’s why:
• If the Fed significantly cools the labor market next year, spending could drop significantly.
• Uncertainty tends to dampen the “wealth effect.” In our experience, people who’ve seen their investment portfolios dip may not feel as confident making discretionary purchases or taking fancy vacations. These decisions play into economic growth and earnings scenarios.

Dollar’s Direction: Fed rate hikes and weakness in overseas markets sent the U.S. dollar to its most powerful rally in 20 years.
• The U.S. Dollar Index ($DXY) has been above 100 for seven months, something not seen since 2002.
• If dollar strength persists, it’s likely a powerful weight on U.S. 2023 earnings potential.
• But if the dollar’s recent descent is part of a longer-term trend, it may take some pressure off Wall Street. A softer U.S. labor market, if it comes, might help ease dollar strength further.

Sector Watch: So-called “growth” sectors like communication services, consumer discretionary, and info tech were among the worst 2022 performers, and real estate got rocked by rocketing mortgage rates.
• Energy led all sectors year to date through November but falling crude oil prices in recent weeks called that rally into question.
• Fixed income, which often performs well in years when stocks do badly, didn’t keep up its end of the bargain in 2022. But some analysts say the high current yields have begun attracting more buyers to the bond market.
• If there’s a recession, more investors might gravitate toward bonds and so-called defensive sectors like health care, utilities, and staples in 2023. That’s been the historic pattern, but keep in mind that bonds have suffered just as much as stocks given the rise in interest rates.
If gains are limited to a few mega-caps while the rest of the market lags, that’s not the best sign.

What It All Means
The main takeaway is that the economic environment is strained as a result of high inflation putting pressure on household budgets, particularly for things that are needed the most — like food and energy — but also now because of the lag effect, and psychological effect, of the Fed’s rate hikes.
Some things are slowing naturally, yet it is the fear, too, that things will slow much more as the cumulative effects of the rate hikes make their way through the economy.
The Fed is working feverishly to get inflation under control. Its main policy tool has been to hike the target range for the fed funds rate. It is using that tool like a hammer.

Having said that, trying to predict all the trends affecting markets in 2023 is going to be a full-time job which is the reason why we are here. Instead, keep asking questions and consider what you know. Check your risk tolerance, your current allocations and any changes in your life that might affect your goals. Then decide if you need to re-position for the new year. Once 2023 begins, prepare to stick to your plan even if things get volatile. Being in the market tends to work better than jumping in and out for long-term investors, and no one can perfectly time entries and exits. 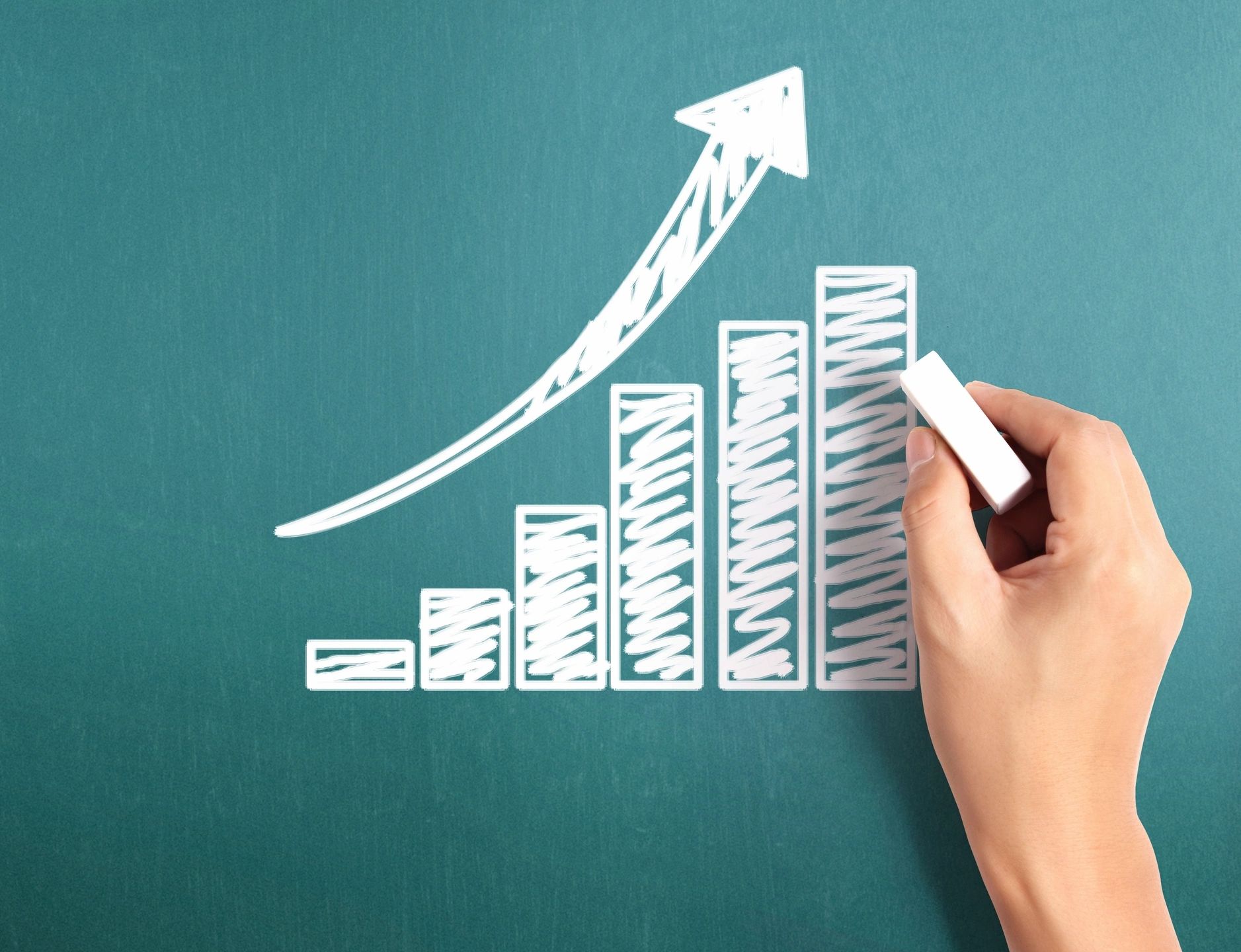 Last Month in the marketFebruary 3, 2023 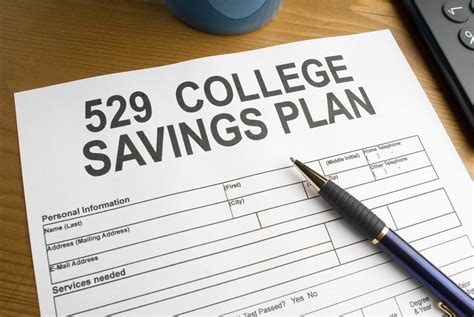 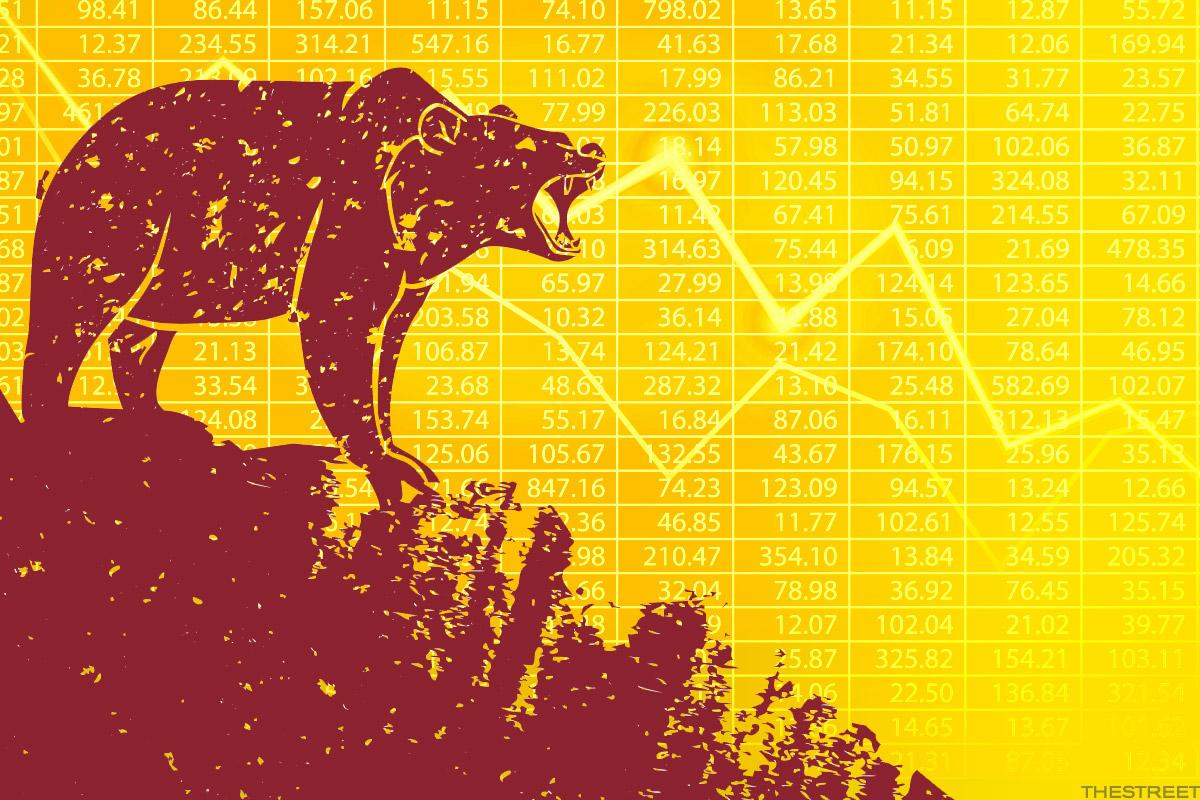 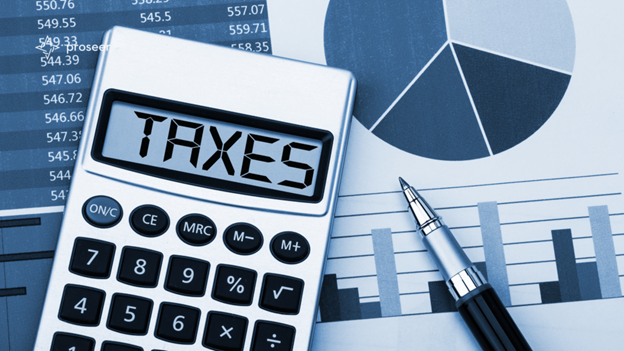 Last Month in the marketDecember 1, 2022 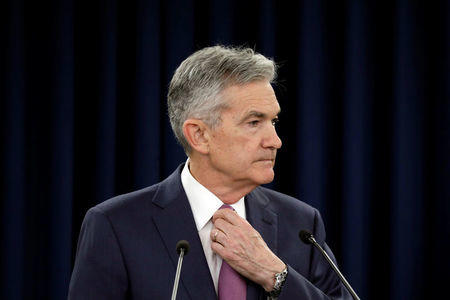 Last Month in the marketNovember 3, 2022 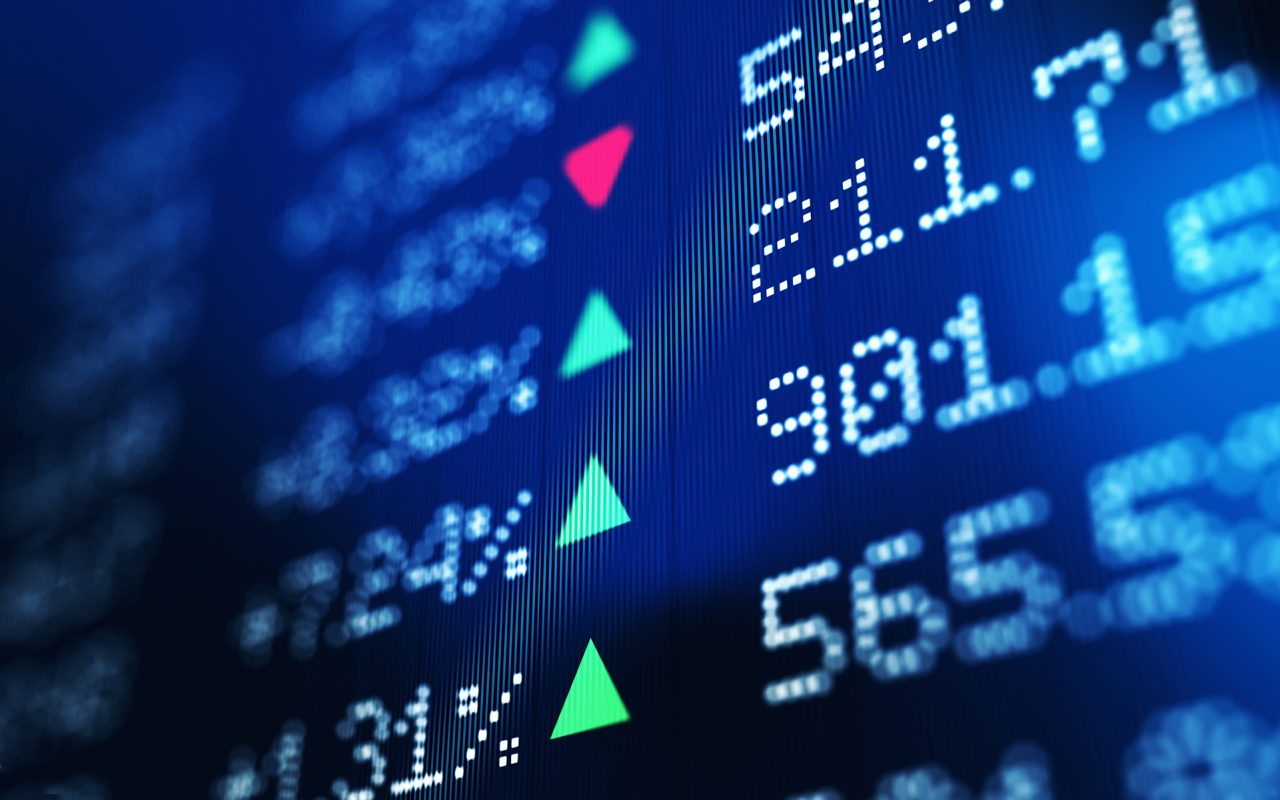 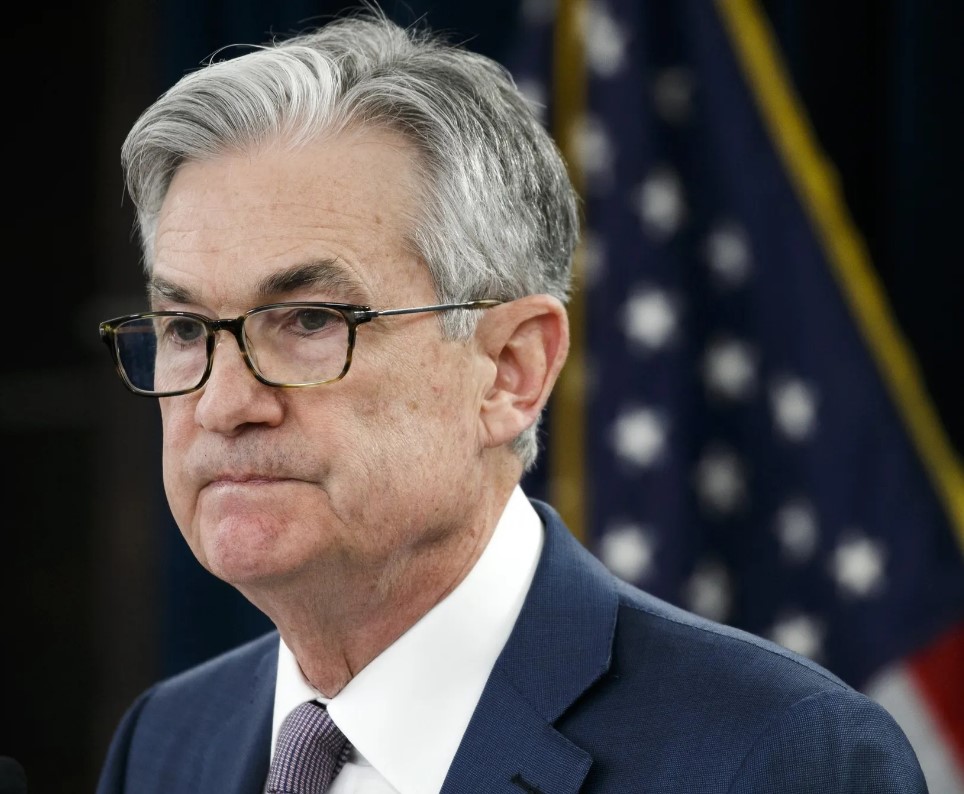 Last Month in the Markets

Last Month in the marketSeptember 5, 2022

The eye of the tiger: The markets keep fighting 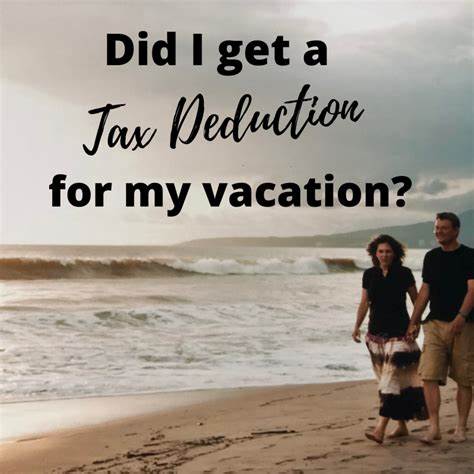 Self Employment: The quick and dirty guide 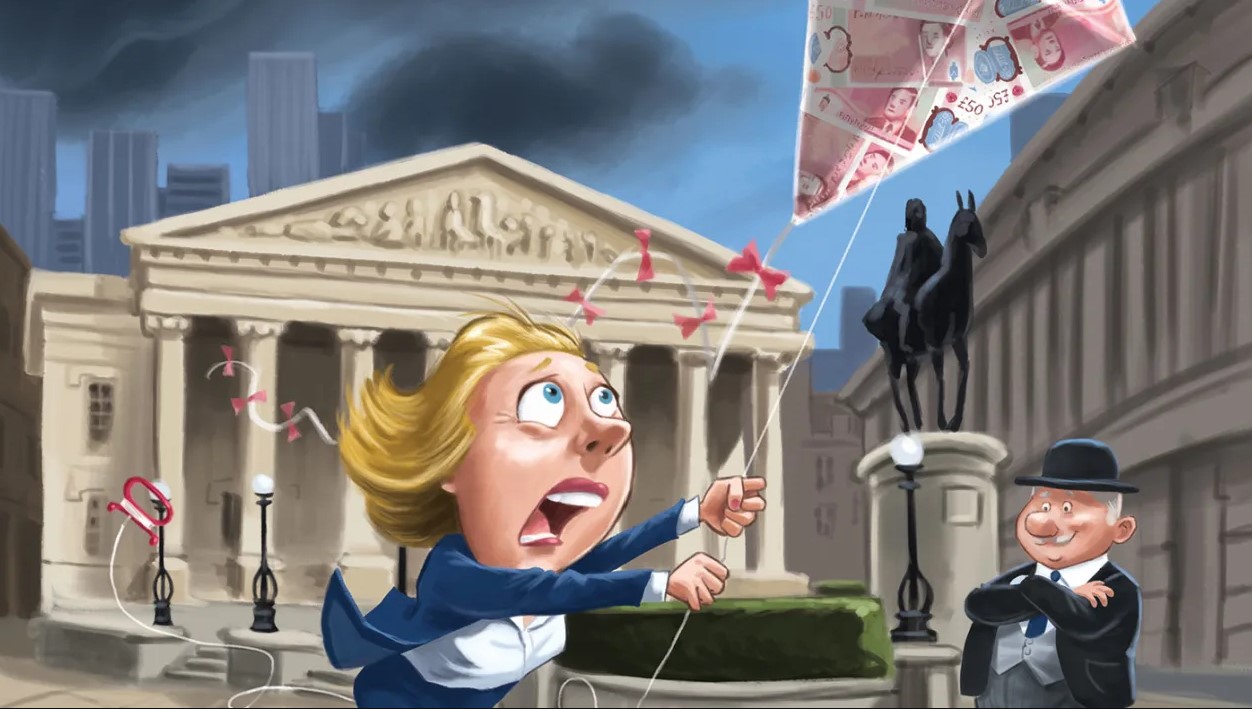